Home / News & Blog / Sorry – why is it the hardest word for companies? 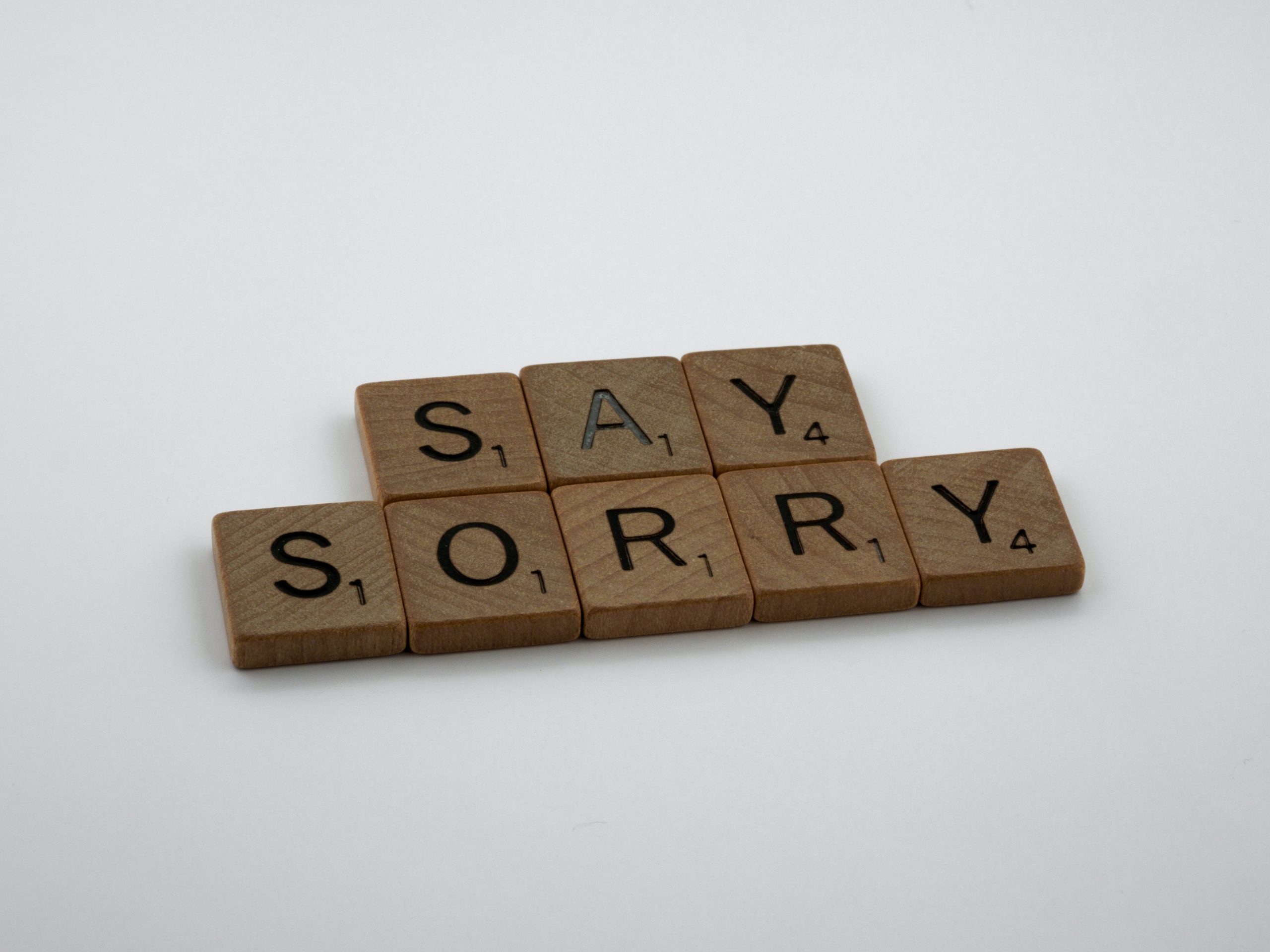 Sorry – why is it the hardest word for companies?

What is the point of an apology when a business or organisation has done something wrong?

From a purely human perspective, it sounds like a stupid question, right? In our personal relationships, we experience very clearly and immediately the impact of making an apology (or, indeed, not) to someone.

So, why (and apologies to Elton John) does “sorry” seem to be the hardest word for people in a business context?

Rod Cartwright of the Chartered Institute of Public Relations’ Crisis Communications Network said on a recent webinar: “It’s a basic human instinct to apologise if you harm or offend others; but how often do we watch a corporate crisis unfold and ask why don’t they just say sorry?”

Citing the original meaning of “crisis” from the Greek word for a choice or decision at a turning point, Cartwright explained that “If handled well” a crisis can be “an opportunity as well as a risk”.

While there are doubtlessly some examples of people in business or other organisations who really don’t care about the impact of their activities on others, eternal optimism makes me think that most do care.

So, what prevents them from saying sorry when it makes sense to do so?

Kate Betts, a former journalist and media trainer listed a few potential reasons for their reticence:

And Mary Whenman, director of communications at the British Business Bank added a few more to the pot:

But despite the long list of reasons against, there are also compelling reasons to apologise on behalf of your organisation.

As Kate Betts pointed out, you need to think about how your actions look to the outside world. Saying sorry tends to be what most people would expect you to say when your organisation does something wrong. In fact, by doing this it protects your reputation by showing you care, it could prevent legal action against you and also contributes to people “moving on” from being wronged.

Therefore, showing concern (through empathy and a full apology), taking action to address what went wrong and reassuring people that you take the situation seriously should be fundamental.

And, if you’re facing media scrutiny, taking this approach leaves journalists with no other avenue to go down. Ideally, you don’t want a bad news story to “run and run”.

Mary Whenman added that choosing to make an apology should support an organisation’s corporate values, demonstrate you’re willing to do the right thing and that it will likely pass the “is it reasonable?” test for the ordinary person to expect.

The good and the bad of corporate apologies

If businesses remain sceptical about the value of an apology – or the shame attached to the lack of one – Whenman offered some salient examples.

Recently, when energy company Ovo issued an email to customers about energy saving advice (including patronising tips such as cuddling your cat and doing star jumps), it resulted in an altogether predictable social media meltdown.

In subsequent media interviews, the CEO of the company described the communication as “a ridiculous piece of advice” and something “really stupid”. He acknowledged the mistake and the company’s efforts to put it right.

Not only was his informal language appropriate for the company’s brand, it just made sense to apologise for treating customers that way.

However, nine years after two children died in a holiday home from carbon monoxide poisoning due to a faulty boiler, the holiday company Thomas Cook stuck to offering a general sympathy but no apology for its wrongdoing in the case. Something Whenman described as “a strong case of what not to do”.

As Emma Woollcott, head of reputation at law firm, Mishcon de Reya, said there is often “palpable friction between communicators and lawyers in times of crisis”.

However, it may surprise some that this lawyer sees “real benefit to providing an authentic apology – not least to help defend claims later on”.

When the so-called liability crisis in the legal industry led to a fear that corporate apologies would consequently admit liability and void insurance cover, it led to apology legislation that would remove the “legal disincentive to apologise”. However, the weakness of the legislation, as Woollcott said, “doesn’t give business comfort when deciding whether to apologise or not”.

So, from a lawyer’s perspective, what good comes from a corporate apology? Woollcott listed a few positives:

She quoted academic studies into the effect of an apology which show that saying sorry is a form of corrective justice that rebalances the relationship, facilitate legal settlements and is beneficial in settling disputes.

To be sure, she said, when planning a response to a crisis situation, it’s important to discuss the level of legal exposure beforehand and combine both legal and communications advice when making a decision.

Forward planning for a crisis

Rod Cartwright recommends senior leadership teams getting together to plan ahead for potential crises and thinking through the risks and potential scenarios. Proper preparedness involves training and simulation exercises for real-life events.

It also involves thinking about your audiences, their relative level of importance and how you’re going to communicate with them.

And when it comes to the “S” word, it’s important to think through your organisation’s level of contrition and vulnerability; the values you want to espouse in a crisis and how quickly you want to say sorry.