Home / News & Blog / Is something wrong with the UK public relations industry? 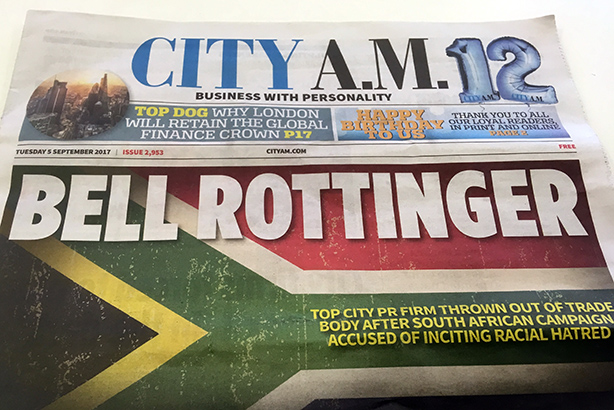 Is something wrong with the UK public relations industry?

Is something wrong with the UK public relations industry, in light of what we know now about agency Bell Pottinger?

From recent media coverage about the high-profile agency’s behaviour and subsequent expulsion from industry body, the PRCA , you’d think there was something very rotten in the state of PR.

In circumstances reminiscent of the demise of Lehmann Brothers at the start of the financial crisis in 2008, a highly-successful business is brought low in great haste by gross mismanagement and – if reports about Bell Pottinger are to be believed – resulting in job losses and the disappearance of a once-dominant brand.

Peeling back the layers of Bell Pottinger’s less appealing practices, I doubt there will be many people reaching for handkerchiefs to dab away tears in the wake of the agency’s likely denouement.

For anybody working in PR, the irony is painful: public relations firms are supposed to be responsible for building relationships and protecting reputation for their clients. And, no, that doesn’t mean “reputation laundering”, a new phrase added to the vernacular critical of PR that sits, ignominiously, alongside the well-worn accusation of “spin”.

Bell Pottinger appears – in some cases – to have had an extraordinarily liberal view on what constitutes a reputation to protect or what makes a legitimate communications campaign. The argument that every organisation, company or person deserves a fair hearing is not universally applicable when closer examination reveals exactly what some institutions and individuals are capable of doing. And in the midst of the furore around its departure from the PRCA, the agency chose to “dispute” the basis on which that decision was made by the industry body. Erm, hole? Stop. Digging. Maybe apologise, unreservedly, at the very least?

It’s to be expected that some media commentators are enjoying this defenestration of not only Bell Pottinger, but the PR industry in general. The Guardian’s Catherine Bennett – in a column headlined “PR execs behaving badly…what else would you expect?” – ends an otherwise justified scourging of Bell Pottinger with the seemingly sarcastic “for this system to continue untroubled, nothing could be more helpful than the identification of Bell Pottinger, by some of the industry’s sternest ethicists, as the unforgivable, unsurpassingly rare, quite unacceptable face of PR”.

Of course, she has a point. PR is used – alongside advertising and marketing – to support certain commercial and other interests that, while not necessarily evil and even enjoyed or embraced by many people, are not always benign; the fast food industry, gambling, Brexit, for example. And part of the journalist’s job is – in the public interest – to scrutinise, test and question the claims made by organisations and hold them to account.

I’ve been on both sides of the fence that  divides journalist and PR professional. As the former, I was deeply suspicious of PR people and believed I had the moral high ground; as the latter, my job is to persuade journalists that the work my clients do is both legitimate, of value and newsworthy. Whatever journalists may think, there is a symbiotic relationship between the media and PR, however uncomfortable it can be for both parts of the puzzle.

But going back to Bell Pottinger, what is sad and frustrating for the industry in which I’ve worked for more than 20 years is that I believe the vast majority of PR agencies and practitioners are doing an honest day’s work for companies and other organisations who are doing likewise. Being very much embedded in the business community in Manchester, I would hate to think that other businesses would now look askance at me, or any other PR person, because of how the very worst of PR has been presented through the lens of Bell Pottinger.

Naturally, I can’t vouch for every PR colleague I’ve ever worked with (and there’ve been many) or every agency in the land. However, I’ve worked with and still work with PR people who understand the importance of reputation, how fragile a quality it is and therefore work hard every day to build and defend it where it’s been rightly earned.

According to the PRCA’s latest figures, there are 83,000 people working in PR and communications. That’s against a figure of 270 people working at Bell Pottinger, most of whom – if not all – weren’t involved in the recent scandal (I understand the small team that was has already gone). I would stake a claim that most of those working in PR in the UK are more troubled with doing a great job for their clients and delivering meaningful results than engaging in underhand, repugnant, unethical activities.

I’m not alone. Danny Rogers, editor-in-chief of PR Week said last week: “The vast majority of this country’s PR consultancies are highly ethical, well governed and transparent in their operations.” Rogers has reported fairly on the PR industry for many years and is not in the habit of applying a gloss to its shortcomings.

The reputation of PR

The PR industry is not accustomed to being “the story”, rather enabling others to tell their story. So, I don’t subscribe to the idea that PR needs to, somehow, do its own PR better to repair the damage done by Bell Pottinger. That really would be protesting too much. Instead, failing to become the story by virtue of behaving ethically, while getting on with doing a good job, should be sufficient.

I’d like to believe that examples such as Bell Pottinger are aberrations and that the reputation of the industry will be sustained by the daily actions of the greater number of practitioners who believe in, and live, the values enshrined in the Chartered Institute of Public Relations’ definition: “Public Relations is about reputation – the result of what you do, what you say and what others say about you.”