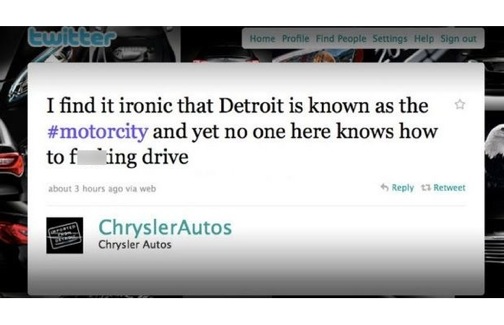 By jadejackson Leave your thoughts

The Manchester Evening News’ social media editor suitably sums up the heart of the social media minefield for marketers.

Beth Ashton, in her recent article*, injects a sense of non-stop momentum in social media: trends “changing quickly” and an “urgency” to be at the helm of the “next big thing”.

Brands and companies are turning increasingly to social media for marketing purposes. According to Social Media Examiner’s Social Media Marketing Industry Report 2014, 92% of the 2,800 marketing respondents said social media was significantly important to their business, increasing 6% on the 2013 report.

But apart from running to just stand still in social media, companies and other organisations are faced with another issue which Beth Ashton calls “how to stay cool”. Attempting that is digital quicksand for the majority of people. But there are other social media behaviours that should be clearly recognised as distinctly “uncool”, as discussed in a recent Public Relations Consultants Association (PRCA) webinar on social media etiquette.

Within social media, spam-bot is one of the worst things a brand could be called and could spiral out of control faster than you can say “Snapchat”. Not following the unspoken rules online can lead to some serious social media faux pas.

People’s accounts online are private platforms that they use to speak with friends, share photos and other general procrastination activities. If they have ‘liked’ or ‘followed’ your brand or company on a social media site then they are more likely to ‘unfollow’ you if you’re filling up their feed with too many posts.

Some companies online are still using direct marketing techniques that pre-date the digital age such as sending general information via private messages to every follower – the online equivalent of posting an unsolicited flyer through a letter box. Private messages should be individual and relevant to the receiver.

Some companies are ahead of the trend by targeting specific people based on their ‘hashtags’ online. Recently, I tweeted about organising a hen party and within 30 minutes an events company had messaged me directly, using my name and telling me they could help:

Social media is two-way communication. Brands and companies need to be prepared to listen as well as talk online if they are going to use social media to their advantage. Social media wasn’t invented for brands to market themselves but for people to talk to people so keep communication personal, make sure you are listening and be social.

Use language that your audience uses, monitor what they are talking about and how they talk about it before getting involved. Use the same hashtags so you can be easily found and talk in the first person. Be transparent and be honest –that is key.

If your brand’s Facebook page only shows posts about itself then you are less likely to establish any engagement with your audience. Virgin Atlantic’s “show us your socks” Facebook campaign is a good example of giving people a good reason to engage at the same time as brand building. People in their thousands were taking and tagging photos of their Virgin flight socks from all over the world.

Never use the main trending hashtags unless they’re definitely relevant to your brand. Habitat UK made this mistake by using two main trending hashtags in a bid to get 1 million followers (#iranianelections and #iPhone5) which caused a major backlash when they were labelled spam-bots and accused of piggy-backing on serious humanitarian issues to get followers.

One of the Guardian’s twitter rules is don’t over tweet. The rule of thumb is three to five tweets per day. Knowing when’s a good time to tweet is important too – Twitter feeds move fast so tweet at a time when your content is most likely to be seen by your followers. How? There’s a great twitter tool called Tweriod that analyses your tweets and your followers’ tweets and works it out for you.  It’s ok to retweet a previous tweet too.

If you are tweeting a sponsored tweet then tell people it’s sponsored and never, ever, tweet in haste.

False blogs or ‘flogs’ are a big no-no. Openness, transparency and honesty are the keys to success on social media and false blogs are the opposite. A brand should not operate under an alias or pretend to be something it is not; getting caught out could do long-lasting damage to your reputation.

If the content on somebody else’s blog is relevant to your own content then it’s OK to leave a comment with a trackback link back to your own blog.

Encourage feedback and comments from readers; pose a question at the end of your posts and always indicate the author or the post – people prefer talking to people over brands and logos.

And always thank people for a comment or a follow. If the comment is a negative you must still thank them for sharing their views and taking the time to read your content. Addressing their comment in a reasoned and reasonable fashion could win over a detractor.

If the image doesn’t belong to you, you must name the original source. Watch the volume of pins you put out and keep your boards organised; make sure the pins in each board makes sense and are easy for your audience to follow.

The rules are unwritten but they are there; if you are turning to social media to promote a brand then the key is to engage with your audience, offer insightful and entertaining content, two-way communication and don’t brazenly self-promote. Seems simple – try it!