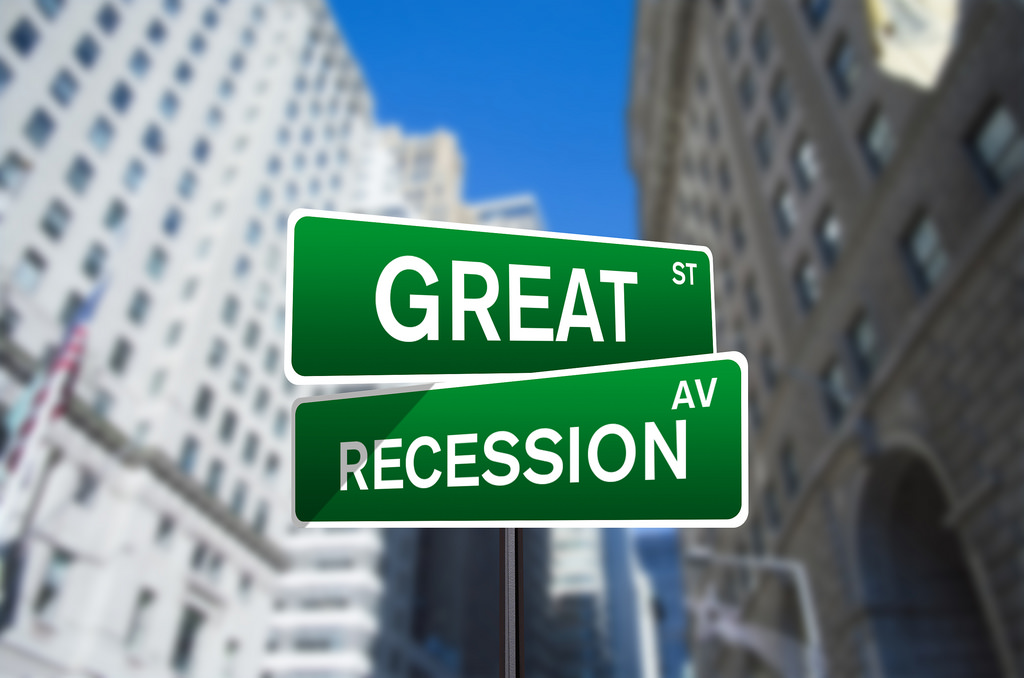 Marketing in a recession – why it makes sense for business

What should marketing directors and their teams do about marketing in a recession?

You might well ask: “What recession?” Though the UK isn’t in recession right now, the latest economic predictions in relation to Brexit paint an alarming picture:

The latest International Monetary Fund report forecasts a contraction in the UK economy1 if we get a “disruptive exit from the EU” next Spring. And, as the Guardian reports, the IMF said “UK growth has already dropped and business investment has been lower than would be expected since the EU referendum two years ago.”

And according to the latest Purchasing Managers’ Index, expansion in UK manufacturing is at its weakest since July 2016.

Marketing in a recession – playing the “long game”

Going back to the EU referendum vote in June 2016, marketing sector commentators were already highlighting concern among companies, with The Drum2 claiming marketers were pulling or pausing advertising in the wake of Brexit allegedly “sucking confidence out of brands” and the fear of recession.

But buried somewhere at the bottom of The Drum’s report was a quote from marketing agency CEO, Alex van Gestel, who said: “Our advice to clients is to play the long game. There are enough studies out there to show that those companies that invest into recessions come out healthier and earlier than those that cap budgets.”

If that’s true, then why are companies faced with marketing in a recession more likely to cut budgets than not? Looking back at news reports from start of the last financial crisis3, the Bellwether report found that nearly half of companies cut their marketing budgets towards the end of 2008, the largest downward trend in the report’s nine-year existence.

This type of response by companies to the threat or onset of a recession is not necessarily the right one. And that view isn’t simply the special pleading of marketing professionals desperate to retain their budgets. From a source no less unexpected than the Chartered Institute of Management Accountants in its study on The impact of economic recession of business strategy planning in UK companies6, it says:

“Perhaps one concern is that cutting back on some…items too much may inhibit the company’s developments in a post-recessionary climate. For example, much of the costs of travel are incurred on marketing and selling products. However, reducing emphasis on these functions too much may inhibit business recovery from recession.”

B2B marketing in a recession – ensuring survival and unleashing potential

And companies operating B2B need to be even more mindful of cutting back on their marketing spend, according to a paper produced by B2B International, Effective Marketing Strategies for a Recession4:

“b2b companies have far fewer customers than b2c companies and in general tend to have strong relationships with their customers, especially their largest customers. According to the Pareto principle, these largest customers comprise 20% of all customers served by a b2b company and yet account for 80% of turnover. In a recession, a b2b company is thus highly dependent on this small clutch of valuable customers and is significantly affected if any of these customers goes bust or cuts demand. For obvious reasons, b2b companies need to work hard on keeping their existing customers during a recession and, of course, on finding new ones.”

And the paper goes on to emphasise that doing nothing about marketing in the face of recession is not an option:

“The right marketing strategies therefore act as insurance against risk, making companies less vulnerable to the vicissitudes and volatility of the business and economic environment, as well as act as an aggressive marketing tool that ensures survival and unleashes potential opportunities.”

Effective marketing spend in a downturn

Its view is that the “main reasons for the effectiveness of spend in downturns” are “Increased share of voice, brand value reinforcement, inspiring consumer confidence, less brand loyalty, justifying premium prices, lack of competitive response, less self‐fulfilling prophecy and changes in type of marketing spend.”

Cass’s paper quotes a study of marketing spend between 1971 and 2003 among more than 3,000 companies which found that compared with normal (non-recessionary) periods, “greater earnings affect results during and after recessions when expenditures are increased or maintained rather than decreased”.

And so, according to Cass Business School, the benefits of increasing marketing spend in a recession are:

So, if you’ve been persuaded by the expert commentators quoted in this blog post – that taking an axe to marketing spend in the face of recession is a mistake – then hopefully you’ll have a few arguments up your sleeve when talking to your bosses about 2019 budgets come Q4. And – don’t forget – professional public relations and content creation is a vital part of the marketing mix!

3The Telegraph – Record fall for marketing spend as recession hits

5Cass Business School, London – Building the case for preserving or increasing marketing budgets in a recession